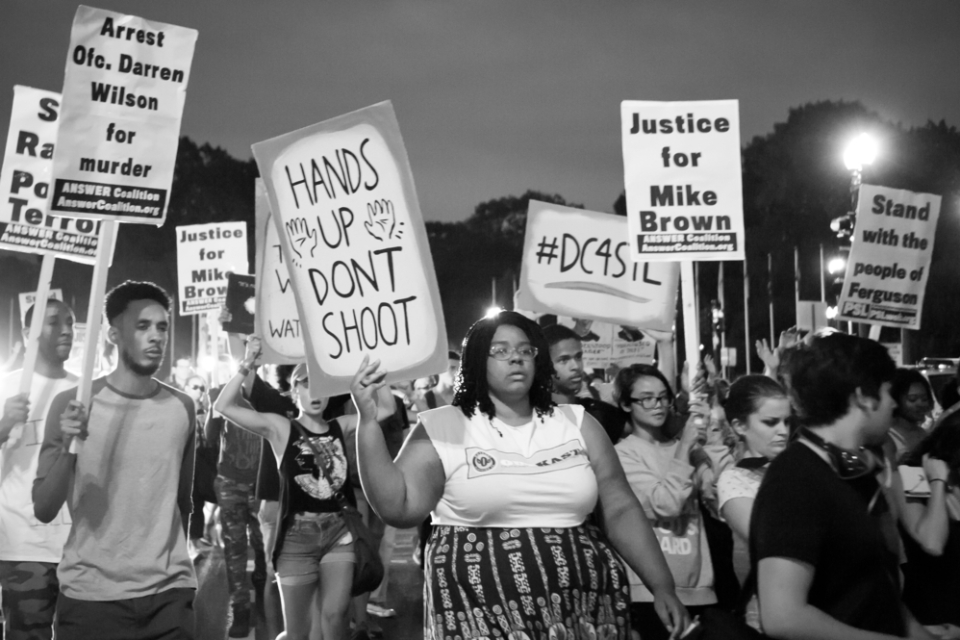 Since we are surrounded by such a great cloud of witnesses, let us throw off everything that hinders and the sin that so easily entangles. And let us run with perseverance the race marked out for us…
Hebrews 12:1

It has been six years (8/9/2014) since the death of Michael Brown at the hands of Ferguson police officer Darren Wilson. Given the present news and political cycles, six years seems a long time ago. However, for those who lived through the pain of Ferguson, whose activism and profile came of age at that time, or for Lezley McSpadden and Michael Brown, Sr., parents of the slain, six years feels like yesterday.

During my time in Ferguson I began my mourning runs. Running from home to the Canfield Apartments where Mike Brown was killed and where he laid in the street, unattended and uncared for, for four hours. Running served as a therapeutic and a form of protest. I ran to Canfield often to be reminded of what happened that dreadful day. I ran there because in my faith tradition, the place of death is also a place where life begins. I would go there to be reminded to keep running towards the work yet undone.

#Ferguson became a catchall phrase for some of this nation’s worst racial profiling and inequality. The streets of Ferguson, for many of us, became a civic laboratory, our front line and our sanctuary. It may have seemed to some that this was the boiling point, the moment when change would somehow alight on us from above. Surely it is clear now that Ferguson is one leg of the long relay towards equity and justice in America, a run of existential consequence that started in 1619. 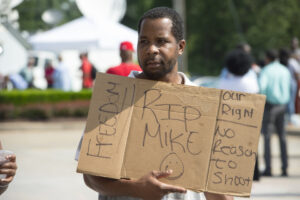 In 2018 my vocational work at the corner of South Florissant and Wesley Avenue (dubbed an intersection of hurt and hope) came to an end, as I prepared to answer a new call 400 miles away. It’s been awhile since I prayed and protested with my feet in Ferguson. Though I’m no longer a resident there, I haven’t stopped running.

Every injustice has awakened more people from their dream, where “it’s all OK.” Each new death at the hand of system enforcers violates our social contract. These unjust fatalities awaken us with a distinctly different visceral reactions. For some people, it was Trayvon Martin. For others Michael Brown. Or Charlottesville. Or Ahmaud Aubrey. Or George Floyd. Or Breonna Taylor.

I’m haunted by how comfortable and long-suffering we have become with loss of black life and persistent victimization of black/brown bodies by police officers. America is slow to wake up, wanting to burrow back into the dream of justice. But many other-ed in America cannot sleep because they live in a nightmare of another Black person being dehumanized or hurt or killed or falsely accused of something. And it is exhausting (1). Running is part of how I stay awake and aware. As we awaken, we begin our part of the relay, taking the baton and doing our part.

We are in a critical state. But, unlike many trauma situations, this one started at a time before anyone now alive can recall, and continues unabated, with no threshold of finality in sight. Unresolved trauma has a way of keeping us stagnant and fearful, but restorative responsiveness aids in healing. We are in a relay to achieve restorative justice, an equitable economy and representative democracy. Not to mention accessible healthcare, environmental, education and immigration reform. Some team members from the earliest days of Ferguson have faded back into obscurity. The dreams of freedom, voting, equity and justice which lit up the minds and hands of chattel slaves, abolitionists, reconstructionists, those who worked to eradicate Jim Crow, the Civil Rights and Black Power resistance fighters and activists now shouting the truth that Black Lives Matter have remained.

Many in Ferguson continue to carry the baton. People like Wesley Bell, the St. Louis County prosecutor. Ella Jones the newly elected mayor of Ferguson, the first African American and woman to hold that office. And Cori Bush who unseated the dynastic incumbent William ‘Lacy’ Clay whose family commanded the congressional seat for more than five decades. There are countless others who are selflessly building, leading and advocating in Ferguson and beyond. Our race is far from over.

We are surrounded by a great cloud of witnesses. While we continue to mourn, grieve and lament for Michael Brown, and others who were killed before him and have been killed since, time passes on. Life continues apace. Every issue is not our fault, but every issue of injustice, indifference and inequity remains our responsibility. We are called to acts of continued remembrance and resistance even in the face of difficulty, uncertainty and opposition. For those of us whose lives were touched by Michael Brown’s death, we will never forget. His sacrifice will be remembered as our leg on the long run toward equity and justice.